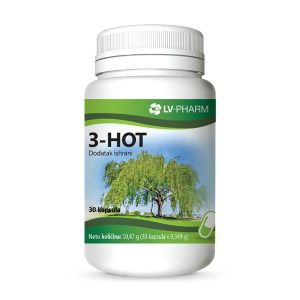 3-HOT 10,50 € This is recommended retail price. Please, contact us for a wholesale pricing.
Back to products
Next product 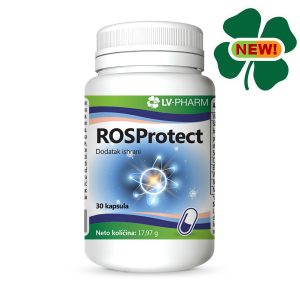 ROSProtect 16,30 € This is recommended retail price. Please, contact us for a wholesale pricing.

14,80 € This is recommended retail price. Please, contact us for a wholesale pricing.

Organic Silica for the elimination of aluminum from the body

Organic silica, capsules is a dietary supplement based on horsetail (7% organic silicon) and nettle leaf extract intended for:

Organic silica, capsules is a dietary supplement based on horsetail (7% organic silicon) and nettle leaf extract.

Silicon, which is a basic element in the product Organic silica, is an important nutrient. It has essential functions in building collagen, hair, skin, bones and nails. Silicon naturally has a high affinity for aluminum. Silicon naturally reacts with aluminum to form aluminosilicate.
Aluminosilicates are non-toxic and almost biologically inert. Silicon dioxide effectively detoxifies aluminum, turning it into aluminosilicate, which is removed by the kidneys. Several scientific studies have shown that the intake of silicon dioxide increases the excretion of aluminum in the urine. http://vaccinepapers.org/wp-content/uploads/Silica-therapy-to-reduce-the-body-burden-of-aluminium.pdf
People are constantly exposed to aluminum from various sources. Aluminum is found naturally in the soil, and small amounts can be found in water, air and many common foods. At normal levels it will not create problems.
It is natural and normal to take small doses of aluminum from food and water. The body has adequate defenses for low, natural levels of exposure. The absorption of ingested Al is about 0.3%. The imported aluminum is in ionic form (single charged atoms), which are easily removed by the kidneys. Also, ionic aluminum is blocked from entering the brain by the blood-brain barrier. Low absorption, rapid removal by kidneys, and obstruction to the brain adequately protect the brain from low, natural levels of aluminum exposure.
But in industrialized countries, exposure to aluminum is much higher from cosmetics, personal care products, shampoos, OTC drugs (antacids, buffered aspirin), bakery products (baking powder), processed foods, food preparation tools and aluminum food storage foils.
Aluminum accumulates in the body over the years, it has a cumulative effect. It is estimated that even after 50 years, 4% of any aluminum that is ingested today will still be present in the body.

Silicon (dissolved silicon oxide) is a safe means of protection against the toxicity of aluminum. Silica may take the form of different chemical compounds, an example of which is water-soluble orthosilicic acid (OSA). OSA keeps homocysteine ​​low by facilitating the elimination of aluminum. Daily addition of OSA lowers blood pressure and prevents atherosclerosis. Most people lack OSA because in many common groceries based on seeds and grains we eat (oats, wheat, etc.) have their OSA-containing shells removed during processing.

Silicon,  is one of the most effective nutrients to protect against the toxicity of aluminum. The recommended dose is about 50-100mg per day.

Bones go through a complicated process of growth, modeling or consolidation and reshaping. Bone strength is determined by two factors: bone mineral density (how many mineral crystals there are in the bone area) and the quality of the bone matrix. Bone mineralization is not possible without collagen, which forms the basis. Silicon supports the production of collagen fibers. According to an in vitro study, silicon stimulates not only the synthesis of collagen (which gives structure to connective tissue) but also the growth of bone cells called osteoblasts. Silicon can inhibit the production of bone-breaking cells called osteoclasts, as well as bone resorption (Mladenović, 2014).
In order for the bones to function normally in the skeleton of adults, continuous decomposition and rebuilding of bone tissue takes place. In this way, the continuous replacement of old bone tissue with new one is provided in the same place. This process is called remodeling and it provides complete regeneration of the adult skeleton every 10 years.
After attaching to the bone surface, osteoclasts begin the process of decomposition of the bone tissue, so that the osteoblasts, with their activity, slowly fill that cavity with new lamellar bone. In that way, new osteons are created, and the parts that make up the interstitial lamellae lag behind the previous ones.
Numerous studies have shown that silicon is important for bone and cartilage calcification and is involved in disorders characterized by an imbalance between bone formation and resorption (osteoporosis), joint disorders (osteoarthritis), and even heart disease and aging.

Postmenopausal osteoporosis is a heterogeneous disorder characterized by an increased risk of fragile fractures due to a lack of ovarian hormone, estrogen. Available treatments such as antiresorptive (raloxifene [RAL]) and anabolic (parathyroid hormone) cause side effects and a slight increase in bone mass. Horsetail has the highest content of silicon dioxide, which helps the absorption and utilization of calcium and the synthesis and stabilization of collagen by the enzyme prolyl hydroxylase. Horsetail has been shown to enhance osteoblast proliferation and inhibit osteoclasts in vitro and is therefore useful in pathophysiological conditions associated with increased osteoclastic activity, which means it is very useful for bone regeneration. Horsetail in combination with calcium, vitamin D and zinc achieves maximum effects in osteoporosis and osteoarthritis.

Traditionally, Horsetail is used as a depurative, as well as in bacterial infections of the urinary tract, cystitis, prostatitis, rheumatoid arthritis, as an adjuvant in weight regulation, as a hemostatic, in pulmonary tuberculosis, in cases of brittle nails and hair loss, as an analgesic, antihypertensive in cases of gout, poor healing of wounds and ulcers, swelling, fractures and frostbite, etc.

The use of Horsetail is contraindicated in people who have edema due to impaired heart and kidney function. Caution is also needed in case of diseases related to serious renal lesions and inflammation (nephritis, nephrosis) due to the irritating effect of the herpes zoster. When consuming disassembled products, it is necessary to increase water intake.

Nettle leaf shows the following pharmacological effects: analgesic (reduces pain), hemostatic (stops bleeding), antibacterial, antiviral, anti-inflammatory, local anesthetic, diuretic.
In diseases of the musculoskeletal system, such as osteoarthritis, nettle has analgesic and anti-inflammatory effects.
Thanks to the presence of quercetin, nettle stabilizes mast cells (cells responsible for allergic symptoms) and prevents the release of histamine in allergic reactions.
Nettle has diuretic properties (accelerates the excretion of fluids from the body), so it also affects the regulation of blood pressure.
Nettle contains beta-sitosterol which regulates the work of the prostate and prevents its enlargement.

Organic silica achieves maximum positive effects with a carefully selected ratio of horsetail and nettle and is recommended for:

Use: Take two capsules twice a day regardless of the meal.

Be the first to review “Organic silica” Cancel reply 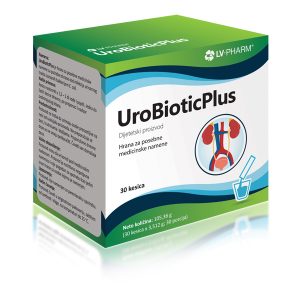 Urinary infections
22,50 € This is recommended retail price. Please, contact us for a wholesale pricing. 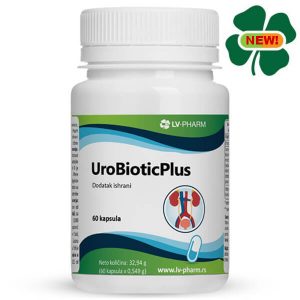 Bacterial and fungi infections, Urinary infections
22,50 € This is recommended retail price. Please, contact us for a wholesale pricing. 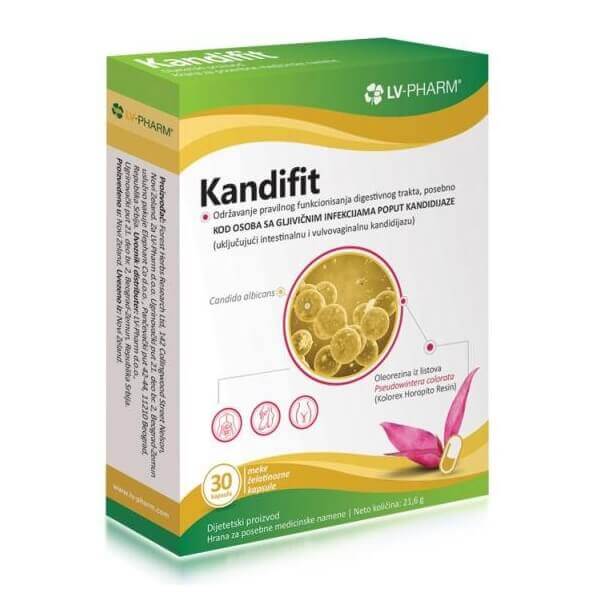 Allergies, Bacterial and fungi infections, Digestion, Urinary infections
30,00 € This is recommended retail price. Please, contact us for a wholesale pricing. 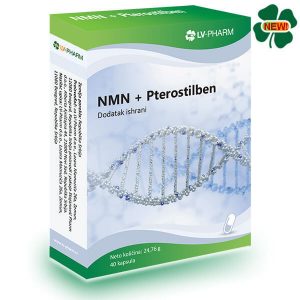 Uncategorized, Other products
119,00 € This is recommended retail price. Please, contact us for a wholesale pricing.